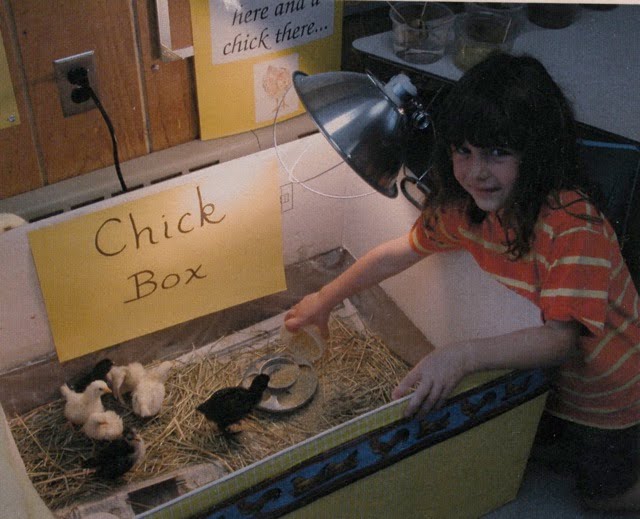 Big news! Chickens have an early hatch in a first grade classroom! 2008? No! 1976. Margaret Jernstedt was an Upper Valley Teacher Intern in Lorna Riley’s first grade classroom at the Ray School. Margaret wanted to incubate eggs and have the children raise chicks as a part of the first grade program. Lorna was willing, but the school had no equipment for such an enterprise. Margaret found one of the old-fashioned metal incubators designed for heavy-duty farm use. The New Hampshire Extension Service provided her with the incubator. The eggs needed to be manually rotated, but all things were possible back then. So, after 21 days of having good mother-hen substitutes, the chicks hatched. They stayed in the classroom for three weeks and were given to a local farmer at the end of that time. Ever since that time, chicks have been hatching in first grade classrooms. Some have been known to escape over the weekend or wander loose in the classroom. But, this we never can tell! Rumor has it that over 70 chicks hatched this year in the K-1 pod, with modern state-of-the-art rotator incubators. Cluck, cluck!