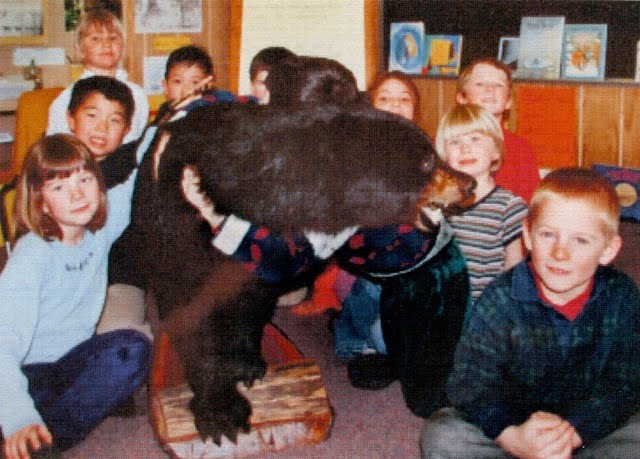 In 1999, when Alice Ashton was in Mrs. Jernstedt’s first grade class and started to study bears, her father, Bob Ashton, volunteered to bring in a real life-size stuffed bear that was in their home. The bear was from New England, and when it was found dead, it was taken to a taxidermist for preserving.

Black Bear has been busy in the K-l pod from February to April every year since it first arrived. When Bear is not in use in a classroom, Mr. Stewart provides Black Bear with a good place for sleeping. Each year in April, Benjamin Kilham of Lyme, NH, has come to talk with first grade students about black bears. Mr. Kilham is a naturalist, scientist, animal rehabilitator, and author of the book, Among the Bears. Several documentaries by National Geographic and others have been made of Ben and his work with New England black bears.